The first week in April Mass. Division of Marine Fisheries divers Wes Dukes and Vin Malkoski surveyed our West Falmouth eelgrass monitoring sites and this is what they saw. 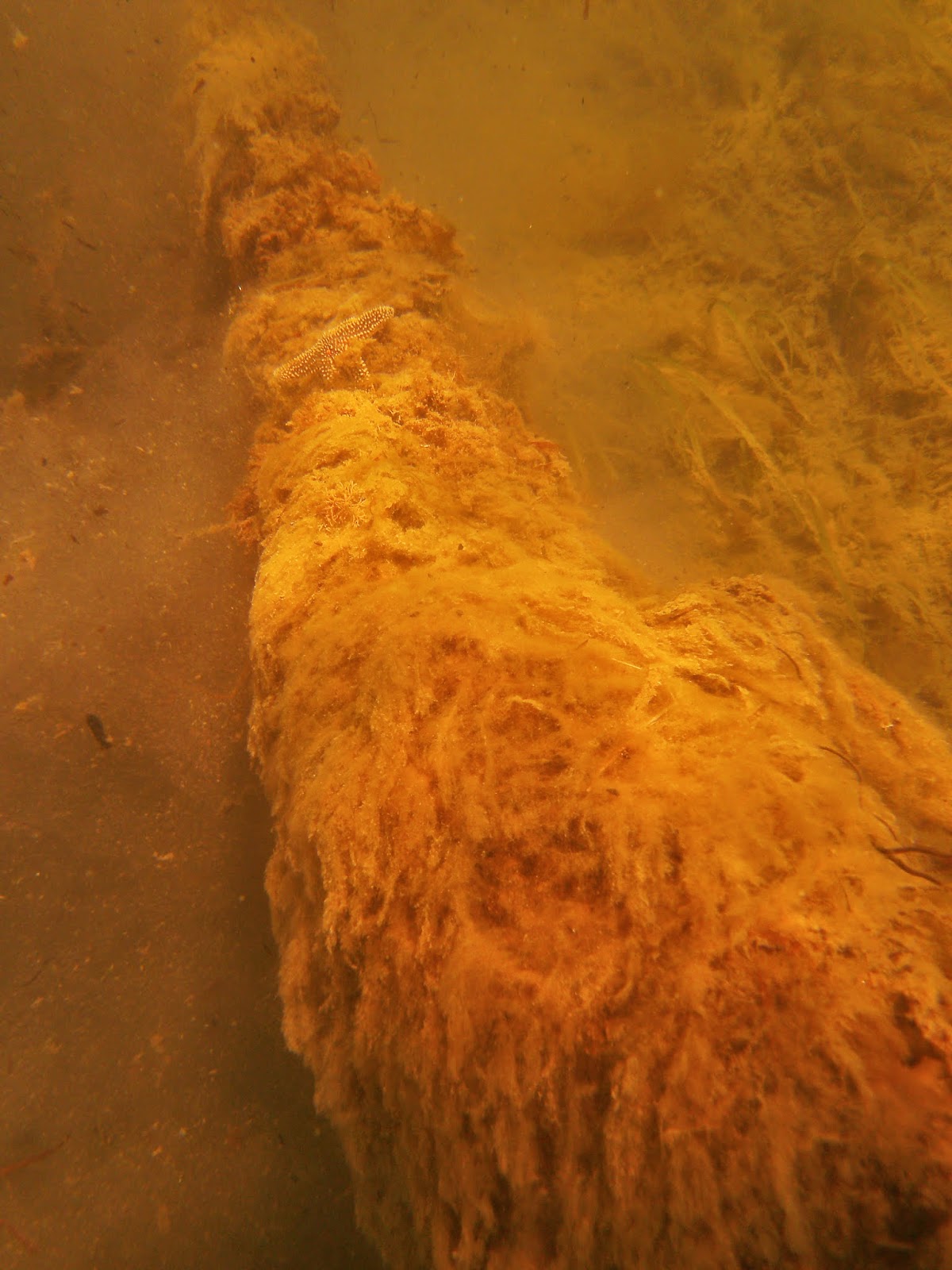 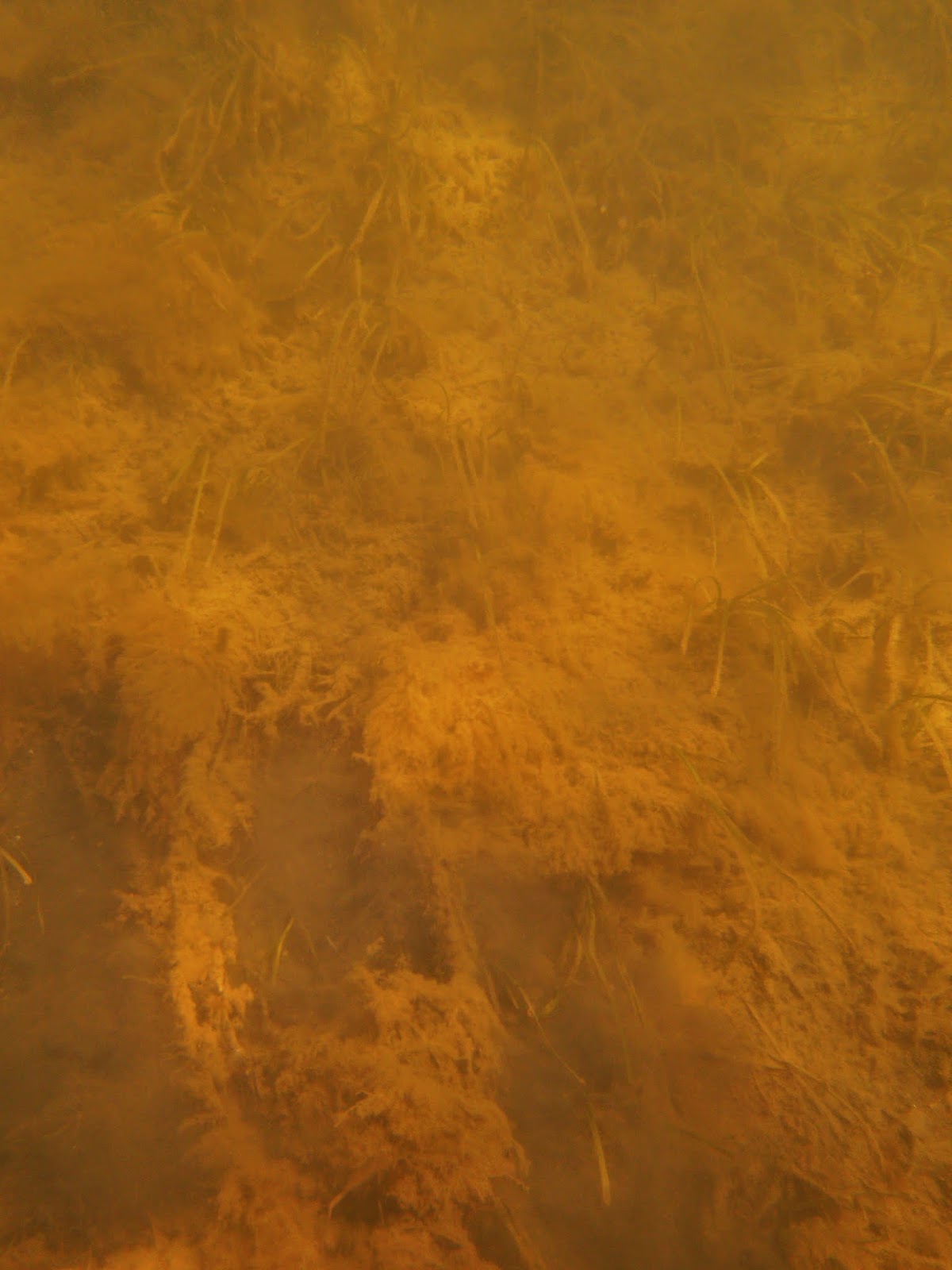 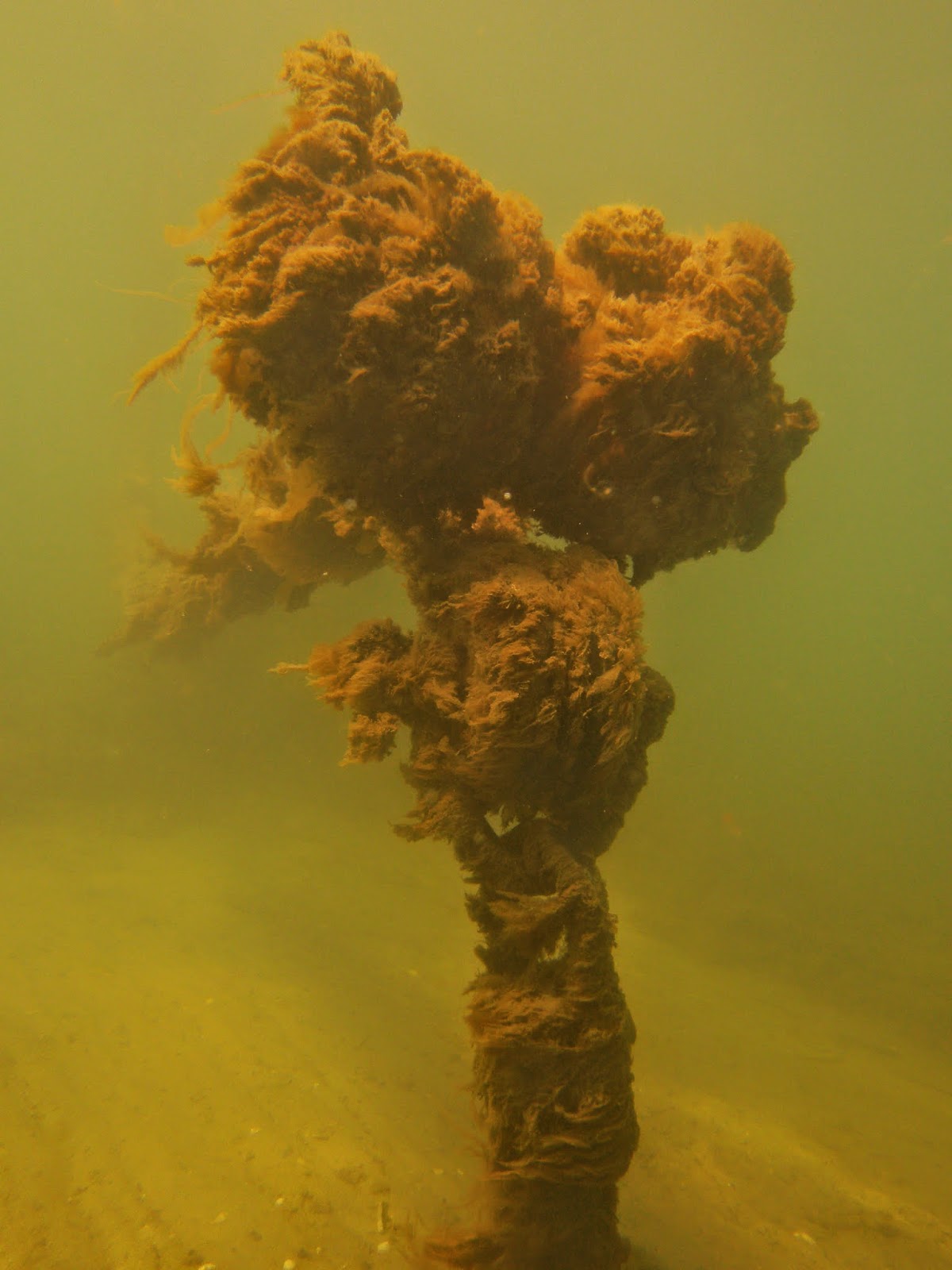 They observed algae coating the eelgrass plants and moorings in a fluffy flocculent layer.  The pictures above are from a site in the outer harbor, where there is more flushing and better water quality than most of the rest of the harbor.  The first two show algae coating the bottom over eelgrass and a mooring line and the third picture is of fouling on a conservation mooring floating rode.  Are we observing the spring macroalgal peak biomass?  Or was this amount of algae here all winter? A study in Waquoit Bay (Fox et al. 2008) showed peak algae biomass from May to June.  However they also found that nitrogen stressed embayments experienced both larger seasonal differences in algae biomass and a larger persistent crop of algae during the seasonal low.  After a long winter which didn't seem to be over in the beginning of April, I wonder if this algae bloom is an early spring bloom or the persistent winter standing crop?  If it is the latter, then the biomass of algae may be a warning of further declining conditions to come.

A little bit about bloom-forming algae and nutrient loading:
Benthic and epiphytic algae (Algae on the harbor bottom and growing on eelgrass, etc.) grow rapidly and utilize nutrients quickly, compared to non-bloom, slower growing seagrass.  Therefore they are an indicator of poor water quality and high nutrient loading to a system.  Algal blooms  can shade the water column preventing light from getting to eelgrass plants and eventually killing them.
When algae dies the decomposing process consumes large amounts of oxygen creating an inhospitable environment for many fish and invertebrates as well as eelgrass.

Nutrients can come overland from stormwater and snowmelt, running off lawns and roads, or from the groundwater.  West Falmouth harbor is a eutrophic, ground water-fed estuary.  That means that nutrient (nitrogen) levels are high and that most of the freshwater input is coming from the groundwater.  Estuarine eutrophication can lead to hypoxia (low oxygen), habitat degradation (eelgrass decline), loss of biodiversity and increase in harmful algal blooms.   In 2003 West Falmouth harbor had three times as much nitrogen in the water as it did in the mid 1990s (Thoms et al 2003).   The increased nitrogen was found to be mainly coming from the groundwater plume from Falmouth’s wastewater treatment plant (Thoms et al. 2003).

In Waquoit  Bay, Fox et al (2008) found that total macroalgal biomass increased with increasing nitrogen loads and that the two dominant macroalgae showed greater biomass in the high nitrogen load systems, while eelgrass was the dominant primary producer only in the low nitrogen estuaries.  Over the last two decades, eelgrass has disappeared from most of the Waquoit Bay estuary and shading by algae, together with degraded water and sediment conditions, is cited as the likely cause.  Will West Falmouth have the same fate? 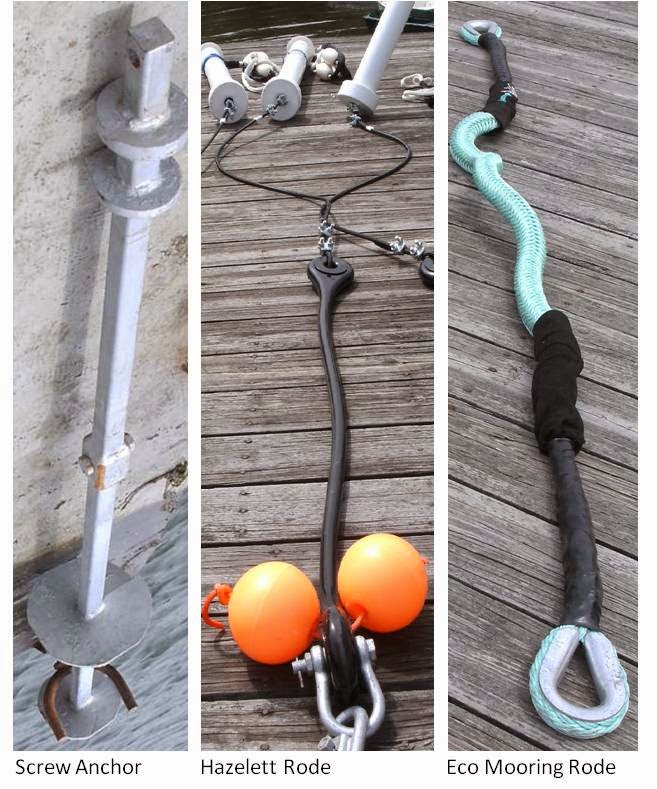 We have seen from our work in Manchester Harbor that reducing or eliminating chain drag enables eelgrass to grow in a former mooring scar.  But another consequence may be improved water quality.  The conventional mooring chain stirs up and resuspends the sediment causing increased turbidity (cloudy water) and possibly resuspension of nitrogen back into the water column.  Conservation moorings do no drag on the harbor bottom because they are constructed with floating mooring chain and helix anchors to minimize impacts to the bottom.  So it is possible that minimizing chain drag may reduce suspended turbidity and suspended nutrients in West Falmouth Harbor.